The Buzz in Bosnia & Herzegovina: Interview with Dina Durakovic of DMB Legal

The Buzz in Slovakia: Interview with Ivan Kormanik of Majernik & Mihalikova

The Buzz in Hungary: Interview with Jozsef Kapolyi of the Kapolyi Law Firm

The Buzz in Montenegro: Interview with Luka Popovic of BDK Advokati The Niculeasa Law Firm has successfully represented Laminorul Braila in a VAT adjustment case before the Romanian High Court of Cassation and Justice (ICCJ).

Harrisons has advised the EBRD on a EUR 10 million loan to OTP Leasing Serbia.

Arzinger has advised Siriusproject Lviv on the refinancing of the shopping and entertainment mall King Cross Leopolis in Lviv.

Havel & Partners and BBH Advise on Sale of Smart Comp

Havel & Partners has advised Smart Comp majority owners Marek Bukal and Pavel Vavra on the sale of their shares to Nej.cz. BBH advised Nej.cz on the deal.

DLA Piper has advised Taxiaggregator and its founder on the sale of the company to Qiwi. Squire Patton Boggs reportedly advised Qiwi on the deal.

Former Counsels Wojciech Merkwa and Jakub Majewski have been promoted to Partner at ​​JDP Drapala & Partners, as of January 1, 2021.

Head of Avellum's Competition practice Mykyta Nota has been promoted to Partner, as of January 1, 2022.

BSJP's Maciej Kuropatwinski has become a General Partner, while Grzegorz Wasiewski has been promoted to Partner with the firm, as of January 1, 2022.

Former Associate Partner Marius Rindinas has been promoted to Partner at SPC Legal.

Andrey Bastrakov and Alexander Mandzhiev have been promoted to Partner at Egorov Puginsky Afanasiev & Partners.

Former Senior Associate Andrea Cupelova, Co-Head of the Employment Law department at Taylor Wessing, has been promoted to Partner.

Roxana Ionescu and Cosmin Tilea Promoted to Partner at RTPR

Competition and M&A lawyer Roxana Ionescu and Banking & Finance specialist Cosmin Tilea have been promoted to Partner at RTPR.

Protection of Architectural and Urban Values in Building Law

There are few people who have not experienced a situation where a builder implements a project that complies with the spatial planning documentation, but is highly incongruous with the prevailing character of the area in which the structure is to be built. Specifically, construction of buildings in the 1990s and early 21st century, which belong to the pseudo-style called “entrepreneurial baroque”, is evidence of grossly insensitive location of buildings, ignoring the character and nature of the existing neighbourhood. Nonetheless, the trend in Czech building legislation over the last decade and a half has been an increasing emphasis on the aesthetic features of new developments and their integration into the urban and architectural environment, whereas individual interests of the builder and his oftentimes wild ideas about the appearance of the structure tend to be sidelined. The key here is the concept of “urban and architectural values in the area”.

In a previous article we have analysed the dilemmas resulting from the thematic tax audit campaign aimed at auditing the tax treatment of purchased gift vouchers, in terms of income tax and social security charges. A very sought after extra-salary employee benefit, companies bought and offered gift vouchers amounting to over RON 1 billion (approx. EUR 200 million) in 2018 alone and we can only assume that these figures have only risen since then.

The Turkish Data Protection Authority (“DPA”) has published Draft Guidelines on Cookies (“the Draft Guidelines”) on January 11, 2022, providing explanations on cookies and practical advices for data controllers who process personal data through the use of cookies.

Hungary: Mandatory Vaccination as a Term and Condition of Employment

Government Decree 598/2021 (the Decree) has allowed employers to order their employees to be vaccinated against covid-19 since 15 November 2021. Since it came into force, the Decree has been the subject of much discussion and interpretation by legal practitioners and commentators.

Long Awaited Amendments to the Romanian Electricity (and Gas) Law

Many economies, particularly those in the European Union [“EU”], are now centered on the environment-oriented and sustainable economy model known as "Green Transformation," which aims to mitigate the negative environmental consequences of human-induced parameters on the ecosystem. Turkey, also, had signaled that it would not stay out of this shift by ratifying the Paris Climate Agreement in October 2021.

On January 1, 2022, certain provisions of Articles of the Rulebook on Electromagnetic Compatibility (Official Gazette of RS no. 25/2016 and 21/2020) ceased to apply, as well as of the Rulebook on Electrical Equipment Intended for Use within Certain Voltage Limits (Official Gazette of RS no. 25/2016 and 21/2020), which refer to the conformity certificate, i.e., its mandatory provision.

The government of the Czech Republic has approved a new decree concerning investment incentives. The new rules should bring significant changes not only for large investors, but also for small and medium-sized technology companies, which will now also be able to access direct financial support. The new rules will take effect as of 1 January 2022.

The Turkish Competition Board (“Board”) has recently assessed the allegations that Allergan Ilaclari Ticaret A.S. (“Allergan”) engaged in discriminatory conduct and abused its dominant position by way of refusal to supply in its preliminary investigation decision. The complainant, Denge Ecza Deposu Ticaret A.S. (“Denge”), alleged that Allergan supplied some of its pharmaceutical products only to certain warehouses, rejected Denge’s request to work with Allergan and hindered Denge’s activities by restricting its access to Allergan’s products. The Board’s decision is remarkable as it assesses the allegations in detail under both Article 4 (anticompetitive agreements) and Article 6 (abuse of dominant position) of Law No. 4054 on the Protection of Competition (“Law No. 4054”) by discussing the competition literature on certain concepts such as indispensability and essential facilities doctrine and making references to the decisional practice in the European Union.

Don't Copy My Graffiti: Copyright Protection of Works on the Verge of Illegality under the Law of England and Wales (Part I – Graffiti)

Copyright is a bundle of exclusive rights falling under the umbrella of Intellectual Property (IP) law. The purpose of copyright is to protect creative effort carried out by a natural person (author) expressed in a tangible form and which amounts to one of the categories of "work" as defined by the statute, some of which also require the work to be "original". The aim of this article is to draw attention to the issue of copyrightability of works that have been created illegally or that are on the verge of illegality. As this topic and the related issues are quite extensive, this article offers only a brief introduction to the subject and is by no means exhaustive.

In the past years, several new EU Member States have started investigations regarding the quality of products. Investigations showed that in many cases products have more detailed descriptions attached, or simply have more active substance if they are sold in the Western Member States than in the Central and Eastern European Member States. It was suspected for a long time that there are quality differences between the same products, sold in the same packaging but in different countries.

In recent years, crowdfunding has become an increasingly popular source of financing for companies, especially start-ups. Crowdfunding is also a great marketing tool, as it allows companies to reach a wide spectrum of potential investors. 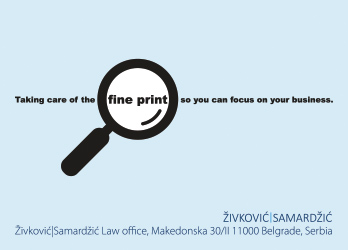 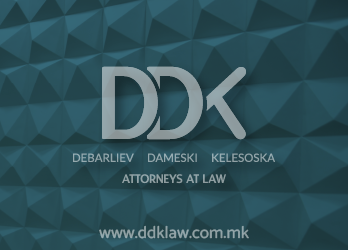 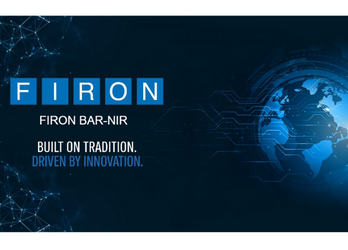 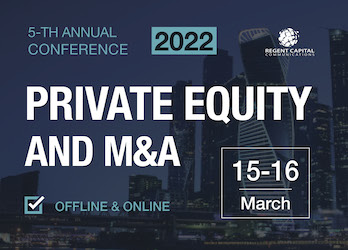 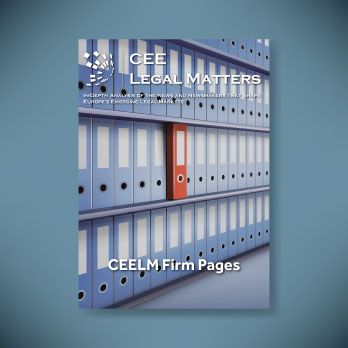 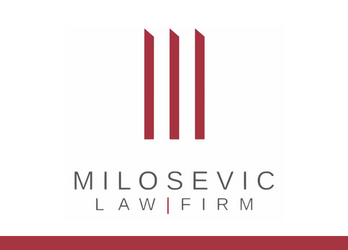 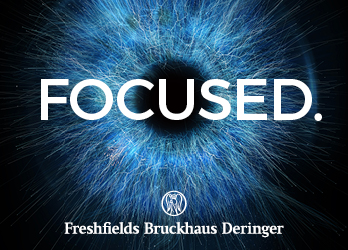 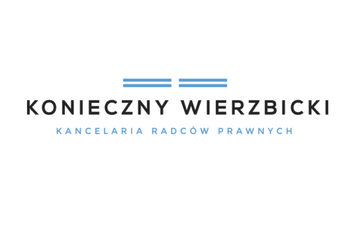 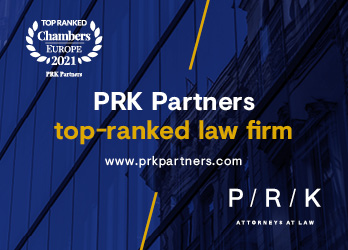 The Buzz in Romania: Interview with Alexandru Birsan of Filip & Company

The Buzz in Poland: Interview with Michal Miecinski of CMS The Buzz in Bosnia & Herzegovina: Interview with Dina Durakovic of DMB Legal

The Buzz in Slovakia: Interview with Ivan Kormanik of Majernik & Mihalikova

The Buzz in Hungary: Interview with Jozsef Kapolyi of the Kapolyi Law Firm

The Buzz in Montenegro: Interview with Luka Popovic of BDK Advokati

The Buzz in Turkey: Interview with Caner Elmas of Esin Attorney Partnership

Inside Out: Ignitis IPO

On September 28, 2020, CEE Legal Matters reported on state-owned Ignitis Group’s initial public offering and admission to the Vilnius and London stock exchanges. We spoke with Walless Partner Joana Baublyte-Kulviete to learn more about the offering.

Expat on the Market: Interview with Charles Clarke of Vilgerts

Expat on the Market: An Interview with Tristan O’Connor of CMS

Expat on the Market: An Interview with Jean-Francois Marquaire of CMS

Interview with Pascale Rahman, Vice President & General Counsel EMEA and India at Flex about her background and best practices.

Inside Insight: Interview with Irisz Szel, Legal Director of CEU

Inside Insight: Judyta Sawicka, Head of Legal at Globalworth

On June 4, 2021, CEE Legal Matters reported that Zavisin Semiz & Partneri and the Budapest office of Dentons advised GTC on the Serbian legal aspects of the deal. CEE In-House Matters spoke with Klara Bujdoso, Group Legal Counsel at GTC, to learn more about the sale.